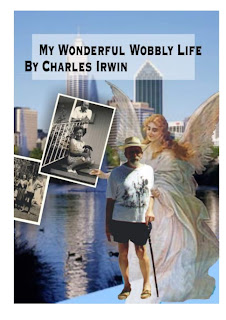 Having survived quite a few birthdays and had some interesting experiences, I wrote them down. That's how "My Wonderful Wobbly Life" was conceived. It was nearly born in 2004, but decided to hang on until 2018 to become 'Born again' Alleluia!!!!
~~~~~~~~~~~~~

I have a vague memory of making this cry from a railway carriage as I was stolen from my parents by authoritarians.

I was five years old when the authorities decreed I had to be placed in a home for children. Their decision was final and all avenues of appeal against it were exhausted when my father, to soften the blow of parting, talked me into what he described as an adventure.

It was not until the train began to move and the realisation came I was leaving my parents forever, that I made my plaintive cry:

When I arrived at the home my world changed, never to be the same again. My loving mother and my fun-filled father were gone and in their place were grown-ups I did not know. I did not understand what was going on. There were lots of crippled children, but why was I there with them? Okay, I couldn’t walk very far without falling over. I shook uncontrollably most of the time for no apparent reason. I couldn’t speak very clearly. But, I’d been like this all my life, for me it was normal. So, what was I doing here? “

What is your favorite ice cream flavor?
Peppermint.
Which mythological creature are you most like?
Pan - God of nature, the wild, shepherds, flocks, for mountain wilds, and is often associated with sexuality.  I feel an affinity Pan with his protection of nature and the appreciation of sexual beauty.
First book you remember making an indelible impression on you.
A ration book during WW2, which I scribbled in with an indelible pencil.  The hand marks on my bum were there for a long time, almost indelible!
How do you develop your plot and characters?
Trust to my memory and look through the family photo albums.
Describe your writing space.
A room 3 metres by 4 metres, with well filled bookcase against one wall. Opposite which there are two desks, each with a personal computer and keyboard.  Between the P.Cs., is a printer while a floor to ceiling window makes a third wall, with mirrored built-in cupboards completing ‘The Study’. 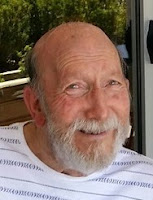 Charles was born in London U.K. in 1932. During his birth the forceps slipped, resulting in brain damage to the motor control nerves of his right side and causing total body spasticity. However, his intellect was not damaged. Throughout his life the two adversaries, controllable brain and semi-controllable body, always needed to be balanced. After several years of work and study he became a Chartered Production Engineer. In 1971 he emigrated to Australia and became a senior examiner in the Australian Patent office. This autobiography illustrates the rhyme: “He started to sing as he tackled the thing, That couldn’t be done - but he DID IT!” Charles chronicles his journey from useless to useful, with humour and joie de vie. He pays tribute to friends who only gave him help when it was asked for. At a young age he recognized his psychic abilities and, by using lessons at the end of each chapter, shares some insights with readers

J. C. Jones, thank you very much for letting my book out of your ‘Mixed Book Bag’ and hosting it on your web site.
To your readers, I am sad to say, being new to book touring my camping skills need relearning. First clanger I dropped was arranging the sale price for any buyer from your site. I got it wrong but have now arranged for 100% discount for eBook by using code R3MU45 and 50% discount for print by using code 2AQEVE. To accept this offer, visit my web page and use the ‘Buy now’ buttons on the ‘About me’ page. Blessed Be.

Are any of the characters in your book based on real people? Congrats on the release. Bernie Wallace BWallace1980(at)hotmail(d0t)com

Congrats on the tour and thank you for the opportunity to read about another great book. With so many readers in my family, always great to hear about more choices I think they'd enjoy reading.Having a family who loves to read, I always

It's the best I could do at the time. Love, Light and Laughter. Charles.

Thanks for sharing. Congrats on the release. Bernie Wallace BWallace1980(at)hotmail(d0t)com