Falling for Hope by Eryn LaPlant - Review Tour and Giveaway

Falling for Hope
by Eryn LaPlant

Alexander Bronwyn keeps his heart well-guarded, except when it comes to his son, Elliot. When his son’s declining health requires a dire bone marrow transplant, adopted Alexander must delve deeply into his past to find those who share the same DNA.
Elaine Hannel thought she lost her first-born forty years prior during childbirth. That is until he came to her uncovering a decades’ old mystery she didn’t know existed. Shocked, Elaine is forced to relive the past she’d put behind her so long ago, with a former lover and the death of her child she only met for a blink of a moment.
While the rest of the Hannels are confused, and feel deceived, Lucy Brooks is the only person accepting and sympathetic of Alexander and his plight. A single parent herself, she sees in Alex a man who will do anything for his son, no matter the pain and conflict it causes. What she doesn’t see is the soul connection to a man so overburdened with life, all he has left is to let go and let her take some of that away for him.

ALEXANDER BRONWYN paced next to his car, questioning his arrival in Cambridge. Elliott was asleep inside; unaware of the desperate measure Alexander was taking to ensure his well-being. His son was his life. There was nothing he wouldn’t do for his boy, including visiting a family he’d never met, but shared his DNA, and who lived in a stately stone manor.

Stone manor, puh. He, his sisters, and parents lived in a two-bedroom flat ‘til he was fourteen, while these people, the Hannels, lived in a house big enough for both of families combined. He doubted Oliver Hannel, the most famous member of the Hannel family thanks to two epic superhero movies The Shock and The Shock Two: Birth of Volt, shared a bedroom with two sisters when he was growing up.

But that was of no consequence now. The past didn’t matter. The present and future did. And presently, Alexander could see there was a wedding reception taking place in the garden, so he waited.

He had today to make this happen and dammit, he would. In fact, had he known there’d be a formal celebration he would’ve dressed the part instead of coming straight from the garage in a t-shirt and denims.

Running two hands through his shoulder length hair—something he’d vowed to keep growing so Elliott could use it later—he heard applause. Peering across the lawn, he saw the first guests bidding their good-byes, and straightened his tall frame to a stand. A few of the attendees stared at him as they left, including the bride and groom, and what he expected was the rest of the family on the front steps of the great Hannel house.


A nice love story that includes some very serious issues.  Alexander Bronwyn son needs a bone marrow transplant and he will go to any lengths to find a match.  While that is at the heart of the story the love interest comes about because of or in spite of the need.  Alexander is adopted and finding his birth parents is also part of the story line.  I enjoyed meeting all of the characters in the story.  In spite of the serious issues there were some fun moments and a very nice ending.
~~~~~~~~~~~~~ 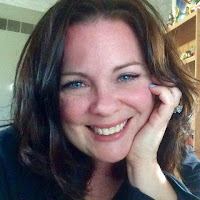 Eryn LaPlant grew up wishing she could have lived in the books she read, living through characters and their romantic adventures. Now she writes romances of her own to share with readers like you. When not writing, she spends her time with her loving husband, their handsome son and fluffy Pomeranian, Marley, in the Land of Lincoln

Eryn LaPlant will be awarding two prizes a $10 Amazon or Barnes and Noble GC and a ebook boxset of the Falling for Heroes series (4 books) to two randomly drawn winners via rafflecopter during the tour.

I've enjoyed following the tour for Falling For Hope and I'm looking forward to reading it. Thanks for sharing your review :)

I enjoyed the book. Nice having you visit today.

What is the best book that you have read recently? Thanks for the giveaway. I hope that I win. Bernie W BWallace1980(at)otmail(d0t)com

What book would you like to see turned into a movie? Thanks for the giveaway. I hope that I win. Bernie W BWallace1980(at)hotmail(d0t)com