Hell Holes: What Lurks Below by Donald Firesmith - Book Blast and Giveaway

Hell Holes: What Lurks Below
by Donald Firesmith

It’s August in Alaska, and geology professor Jack Oswald prepares for the new school year. But when hundreds of huge holes mysteriously appear overnight in the frozen tundra north of the Arctic Circle, Jack receives an unexpected phone call. An oil company exec hires Jack to investigate, and he picks his climatologist wife and two of their graduate students as his team. Uncharacteristically, Jack also lets Aileen O’Shannon, a bewitchingly beautiful young photojournalist, talk him into coming along as their photographer. When they arrive in the remote oil town of Deadhorse, the exec and a biologist to protect them from wild animals join the team. Their task: to assess the risk of more holes opening under the Trans-Alaska Pipeline and the wells and pipelines that feed it. But they discover a far worse danger lurks below. When it emerges, it threatens to shatter Jack’s unshakable faith in science. And destroy us all…

Once everything was stowed, I followed Mark up the short stairs and into the lavish interior of the business jet. Unlike the cramped commuter planes I usually took when flying up to the oil fields, the Embraer Legacy 500 made first class seem like coach. Either the executive funding our study was desperate to get us up there, or this was the only aircraft the company had left to send. Either way, I was happy for the unexpected upgrade.

Unlike typical airliners, the jet’s eight large leather seats were organized around four small tables, two on either side of the cabin. Each table separated two seats, one seat facing the back of the airplane and the other facing forward. Angie and Jill were seated in the first row of the plane leaving the second row seats facing forwards for Mark and me. I’d just sat down opposite my wife when she pointed her finger over my shoulder. Following Mark had prevented me from noticing the unexpected extra person seated in the rear of the cabin. With the satisfied smile of a cat having feasted on canary, there sat Aileen O’Shannon. I wondered whether Angie and Jill had selected this particular seating arrangement so they could glare at the weirdly bewitching beauty in the back. Of course, it may have been to keep Mark and me from being tempted to look at her instead of paying proper attention to our wives.

I got up and marched straight to the rear of the plane and said, “I’m sorry, but I never said you could come along on this trip.”

“You are?” she asked coyly. “Oh, my. You never said I could not come.” She gave me a stunning smile that I’m sure usually got her everything she’d ever asked for. “I naturally took your silence to signify agreement, so I packed my bag and cameras, and here I am. Lucky for you that I did; you wouldn’t want to get up there only to realize you needed someone to make a visual record of your discoveries. Besides, I know some of the discoveries the Russians made that they didn’t publish.”

The co-pilot walked up behind me. “Excuse me, Dr. Oswald. Can you please take your seat now? We’re on a very tight schedule, and Mr. Kowalski wants you in Deadhorse as soon as possible.”

I looked up front and saw that the cabin door was already closed, and the seat belt signs were on. Before I could answer, the plane began taxiing away from the hangar. Realizing that it was too late to rid ourselves of the reporter, I turned around and took my seat facing Angie.

“I see we still have Miss O’Shannon with us,” Angie said with a hint of irritation. “I thought you’d decided we didn’t need her.”

“I did,” I answered as the plane accelerated down the runway. “But the cabin door was already closed, and we were already moving.”

“Jack, you’re the leader of this study, and this plane wouldn’t even be here if it weren’t for you. The pilot would have turned around if you’d asked him to.”

“You’re right,” I admitted sheepishly, silently cursing my habit of not questioning authority figures, at least not unless it involved science.

“Well, what are you going to do about it?”

Suddenly and for no apparent reason, my annoyance with O’Shannon disappeared, and I felt an overpowering desire to keep her with us, with me. I twisted around and looked back at her. She was staring back at me with a knowing smile. God, she looked so mesmerizingly beautiful as her fingers provocatively played with the top button of her shirt. Of course, she should come…

I jerked back around, my heart pounding as I felt my face warming. I was blushing from embarrassment and guilt. I was also confused, unsure of what had just happened.

“Jack, I was talking to you, and you just ignored me! What’s gotten into you?” 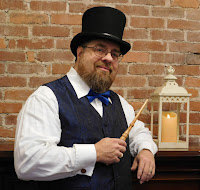 Buy Links: The book is free

“I enjoyed my time in Firesmith’s world. I did not want to leave. I really got a kick out of it, and would happily come back for more. Recommended.”
MJ Kobernus, author of The Guardian: Blood in the Sand

“a quick, enjoyable read. Full of action and fraught with danger”
Dave Robertson, author of Strange Hunting, Strange Hunting II, and The Brave and The Dead

“The book is an easy and quick read and an action-filled one that you’ll imagine as a TV series or a movie with no difficulty.”
Olga Núñez Miret, author of Escaping Psychiatry

Donald will be awarding an autographed copy of the Hell Holes 2: Demons on the Dalton (US ONLY) to a randomly drawn winner via rafflecopter during the tour.

Great to have you visiting today.