Belle Hamilton is a romantic at heart. She's engaged to the love of her life and dreams of marriage, children and a happily ever after. Belle’s world is close to perfect until one afternoon she makes a decision she can't take back.

In the blink of an eye, Belle’s life spirals out of control. She loses everything that is dear to her and is forced to flee to the other side of the world where she meets Andrea, a local bartender from Rome, and develops an unexpected connection with him.

Can they break through the complications of past hurts and a long-distance relationship to make it work or will one terrifying night in Paris end it before it had a chance to begin?

Belle woke to the trill of her phone. She’d fallen asleep on the balcony, exhausted, her coffee cold in the cup beside her. The sun had climbed higher into the sky and a lunch crowd had gathered on the street below. It was midday.

She scrambled inside, found her phone wedged between two lounge cushions, and stared at the screen. It was her mother. ‘Hello?’

‘Not who you were expecting, then?’

‘I rang to invite you to tea this afternoon. Are you free?’

She was free. She probably had a whole weekend of being free, thanks to her sacrilegious fiancé. ‘Today’s not good. I think I’m coming down with a cold.’

‘You should come to tea.’

‘Ben was here. To see your father.’

Belle straightened, her interest piqued. ‘He was? When?’

‘I’m not too sure. They went straight into your father’s office. They were in there a while. You know how the two of them can be.’

Yes, Belle knew exactly how the two of them could be. Thick as thieves.

‘I’m guessing not everything is as it should be between the two of you,’ her mother said gently. ‘Ben could barely look me in the eye when he came out. I knew something was going on.’

‘Things aren’t great, Mum. I’m worried about the wedding. I think we might be over.’

‘It’s a long story,’ Belle said miserably. ‘He won’t take any of my calls but it seems he wasted no time in speaking to Dad about us.’

‘Why don’t you come and talk to your father?’ her mother encouraged. ‘He might need to hear your side of the story.’

Her side of the story? What was there to tell? Ben was the one who’d been unfaithful. He was the one who wouldn’t take her calls or explain himself. Was it too much to ask that he leave her father out of it?

It seemed she had two options. She could wither in her flat buried beneath the unfairness of it all or she could lift her chin, drag herself to her parents’ house and try to sort through the debris that was now her relationship. Neither sounded appealing. 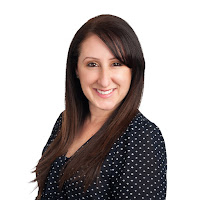 Michelle Montebello was born and raised in Sydney, Australia, where she lives with her husband and two young children. She has always had a passion for reading, writing and the dramatic arts and she spent most of her childhood immersed in books, writing stories and performing in plays.
She has worked full-time in the corporate sector since 1998. It wasn't until she completed a writing course with James Patterson that she was inspired to write and publish her first novel, Interwoven, in 2017.
In addition to her writing, she also has a passion for travel and loves to combine her two favourite things - creative writing and travelling - to create vibrant worlds for her characters to explore.
When this busy mum is not working, chasing little ones or searching under beds for monsters, she can be found reading, writing or plotting her next story.

Michelle will be awarding a $25 Amazon or B/N GC to a randomly drawn winner via rafflecopter during the tour.

BE SURE TO VISIT THE OTHER BLOGS ON THE TOUR:

Thank you for hosting !!!

And welcome everyone, to the tour stop. Hope you enjoy the excerpt and good luck in the giveaway :)

I enjoyed getting to know your book; congrats on the tour and thanks for the chance to win :)

Thanks for sharing the excerpt :)

Thanks Lisa! Nice to hear from you again :)

Thanks Victoria. Great to see you here again :)

Who is your favorite literary character? Thanks for the giveaway. I hope that I win. Bernie Wallace BWallace1980(at)hotmail(d0t)com