This post is part of a virtual book tour organized by Goddess Fish Promotions. Chrissy Brown will be awarding a $10 Amazon or B/N GC to a randomly drawn winner, also an ebook of the second installment of the series Come a Little Closer (tentatively to be released 2/9), to another randomly drawn winner, both via rafflecopter during the tour. Click on the tour banner to see the other stops on the tour. 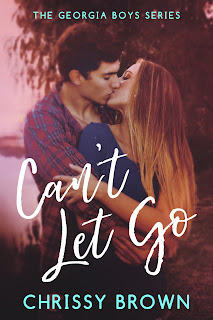 A sweet, yet steamy new adult romance about a girl who's not ready to fall in love and a boy who isn't ready to let her go.

Beau
She is beautiful, probably the most beautiful girl I've ever seen, but she's damaged.
Her a-hole exboyfriend broke her.
I still want her.
I can show her that all men aren't the same
That I'm different.

Mallory
He's everything I need to stay away from, and I try.
I really do, but he's relentless.
So, I give in and let him have me.
All of me.
I should have known better.

I spend my days wondering what she’s doing.

Is she out drinking herself to death like I am as I try to block out the pain?

Or, the worst one of all, did she get over me and move on to someone new? I think that thought tears me up the most. I know we haven’t been apart long, but the phrase “to get over someone you have to get under someone else” haunts me.

Thinking about her in some other man’s arms, his lips kissing her soft skin, his hands roaming her body, makes me sick. The only thing that helps numb the suckiness that has become my life is the whiskey.

I grab the bottle of Jack beside my bed and take a swallow, then chase it down with another and another until the pain doesn’t hurt quite as much. But no matter how much I drink, there’s always a dull ache that is Mallory. 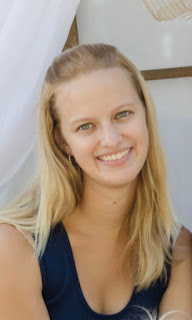 Chrissy Brown is a Contemporary Romance and New Adult Romance author. She lives in Central Florida with her husband, twin girls, two dogs, and the neighborhood cat.

She enjoys the simple things in life, like cuddling on the couch watching movies with her family, reading, Netflix, and beach trips. She reads two to three books a week, but favors stories with strong women, true love, and steamy scenes.

When Chrissy is not sitting at her computer, fantasizing about gorgeous country boys, she is teaching third graders how amazing books are...and writing, and math. She has also been an amateur wedding photographer and a CNA (to which she gives kudos but says never again.)

Thanks for having me today!