Mother of the Chosen by Laneal Falor - Book Blast and Giveaway

This post is part of a virtual book tour organized by Goddess Fish Promotions. Janeal Falor will be awarding a $20 Amazon or B/N GC to a randomly drawn winner via rafflecopter during the tour. Click on the tour banner to see the other stops on the tour. 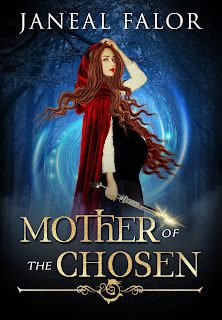 Adriella is pregnant with the child she's always wanted.

She can't wait to share the joy with her husband. Prophecy has other plans. The countryside is a ablaze with rumors of a soon-to-be-born child who will destroy the High King.

A royal decree demands the death of any child who could threaten the throne, including Adriella's unborn baby. Worse, her husband is one of the soldier's enlisted to carry out the king's demands.

Now Adriella must keep her secret and flee, rather than celebrate with her spouse.

With the High King's men searching for anyone who defies him, the country is full of grieving parents, and the streets run red with the blood of the innocents. Adriella knows her chances of survival are slim, but she'll sacrifice everything to stay one step ahead of the law.

If she can't evade capture, she'll lose the one thing more precious to her than her own life—her child.

Book One of her Mother of the Chosen series.

My dagger was in my hand before I realized it. The growl came again, the sound of it sending a chill through my body. Whatever the creature was, it sounded big. Very big. And hungry.

Richart snaked his arm around me. He whispered, “Stay close to me. Don’t get separated.”

Candui and Aphier silently made their way over to us slower, crossing the clearing a footstep at a time. The moment they reached us, an enormous animal bounded into the little area that had been our area for months, its huge fangs dripping with saliva. It had a long, thin body of gray with darker spots on its hind end. It was low to the ground, but agile.

Aphier swore. This creature wasn’t something I’d seen before, and it looked hungry. If Aphier was this upset, it couldn’t be a good thing.

Another roar sounded, the black hairs on the back of the creature’s body standing on end, as a second and third animal joined the first.

Richart stuck his arm out in front of me, sword in the other hand, and slowly started backing up. The others did the same. At least we were getting some space from the beasts, but the way they eyed us, it wouldn’t be that way for long.

Without warning, the first of them leaped across the distance between us in a single bound.

Richart slashed at it, making it dart away. To us, he yelled, “Run!”About the Author: 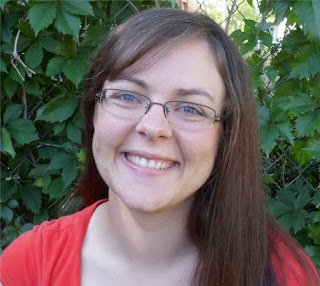 Janeal Falor lives in Utah with her husband and three children. She loves both reading and writing fantasy--with romance, always romance. In her non-writing time she teaches her kids to make silly faces, cooks whatever strikes her fancy, and attempts to cultivate a garden even when half the things she plants die. When it's time for a break she can be found taking a scenic drive with her family, dating her husband, or drinking hot chocolate.

Good to have you here today.