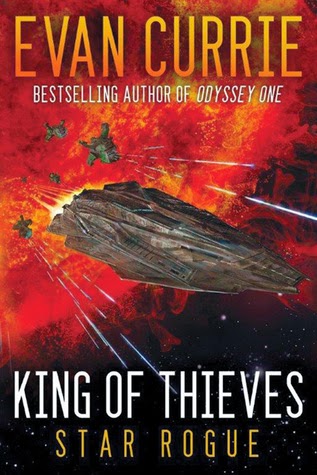 Earth’s survivors face devastating new challenges in the wake of recovering from an alien conflict. Battered and mourning tremendous losses, the once fractious peoples of enemy nations must work together to rebuild their shattered world—and prevent the possibility of their attackers’ return. What they don’t know is that a new, deadlier enemy unlike anything they’ve ever faced will usher in the dawn of another war.

Captain Morgan Passer commands the Rogue Class destroyer Autolycus, charged with an interstellar recon mission to detect traces of the repelled enemy while gathering information for the fortification of Earth’s defenses. What the expedition finds instead is a deeply disturbing mystery: a discovery that redefines everything they thought they knew about Earth’s place in the galaxy…and reveals deadly new horrors. In this original story set in the Odyssey One world, former enemies unite for their own survival, and Passer and his intrepid crew seek answers to help them save their people. Instead, they find that the invasion may be over, but the danger is just beginning.

King of Thieves is set in the world created by the Odyssey One but works well as a stand-alone.  Back-story is there but in very small doses and that is all you really need.  The world building for King of Thieves is simple.  A new and unusual structure is the focus and setting of the story.

That is where the danger and the thrust of the story reside.  Captain Morgan Passer and his crew face new and unusual threats both in and around the structure.  There is a large cast of characters who are caught up in the danger that is at the heart of King of Thieves.  The action drives the characters and there is a lot of action to do that.

For fans of military science fiction this is a good choice.  This appears to be the first book in a new series so it will be interesting to see where else Passer and his crew go.

I received an ARC of King of Thieves from Netgalley in return for an honest review.
Posted by JC Jones at 12:00 AM