The author will be awarding a $50 Amazon/BN GC to a randomly drawn winner via rafflecopter.

In an era of genetic engineering, Lieutenant Henry Gallant is the only Natural (non-genetically enhanced) officer left in the fleet. Many of his superiors, including rival Anton

Neumann, have expressed concern he is not up to the challenge. However, his unique mental abilities have proven essential to the defense of the United Planets in its fight against the Titan invaders.

Serving on the first FTL prototype, the Intrepid, on its maiden voyage to Tau Ceti, Gallant finds a lost colony on the planet Elysium. Cyrus Wolfe and his son, manipulate planet politics against the democratic opposition led by James Hepburn and his granddaughter Alaina. Wolfe has allied himself with an ancient Artificial Intelligence which had lain dormant on the planet for millennia, but is now willing to protect the colonists against the Titans.

With Alaina’s help, Gallant discovers the ancient AI has a sinister ulterior motive and he matches his unique and exceptional mind against the complexity of machine intelligence to escape the ultimate trap and prevent the extermination of humanity.

In Lieutenant Henry Gallant, one man pits the naked human mind against the perspicacity of machine intelligence.

When we first meet Lieutenant Henry Gallant he is wounded but still fighting after the surprise attack on his ship.  I felt like I was dropped into the middle of a book with that start but the next scene was days before the attack and everything fell in place.  In spite of the exciting start the book is actually rather low key.  Gallant is assigned to the unexpected human colony.  His job is to get the supplies and help to repair the ship.  There is the chance of a romance with Alaina Hepburn but duty comes first for both.  There are some twists in the plot.  The Ancient AI is not what it seems.  Some people in the colony do not want the ship to get back to Earth.  Gallant has to deal with sabotage on the planet and a Captain who is hard to work with.  This is book #2 in the series but works well as a stand-alone.

Gallant ran—gasping for breath, heart pounding; the echo of his footsteps reverberated behind him.

He hoped to reach the bridge, but hope is a fragile thing.

Peering over his shoulder into the dark, he tripped on a protruding jagged beam, one of the ship’s many battle scars. As he crashed to the deck, the final glow of emergency lights sputtered out leaving only the pitch black of power failure—his failure.

He lay still and listened to the ship’s cries of pain; the incessant wheezing of atmosphere bleeding from the many tiny hull fissures, the repetitious groaning of metal from straining structures, and the crackling of electrical wires sparking against panels.

Thoughts flashed past him.

How long will the oxygen last?

He was reluctant to guess.

The clamor of dogged footsteps drew closer even as he rasped for another breath.

Trembling from exhaustion, he clawed at the bulkhead to pull himself up. His hemorrhaging leg made even standing brutally painful.

The bulkhead panels and compartment hatches were indistinguishable in the dimness. Vague phantoms lurked nearby even while his eyes adjusted to whatever glowing plasma blast embers flickered from the hull.

As he twisted around a corner, he crashed his shoulder into a bulkhead. The impact knocked him back and spun him around. Reaching out with a bloody hand, he grasped the hatch handle leading into the Operation’s compartment. Going through the hatch, he pulled it shut behind him.

He started to run, then awkwardly fought his own momentum and stopped.

Going back to the hatch, he hit the security locking mechanism.

It wouldn’t stop a plasma blast, but it might slow them down, he thought. At least this compartment is airtight.

Finally able to take a deep breath, he tried to clear his head of bombarding sensations. He should’ve been in battle armor, but he’d stayed too long in engineering trying to maintain power while the hull had been breached and the ship boarded.

Now his uniform was scorched, revealing the plasma burns of seared flesh from his left shoulder down across his back to his right thigh. He had no idea where the rest of the crew was; many were probably dead. His comm pin was mute and the ship’s AI wasn’t responding. He had only a handgun, but, so far, he didn’t think they were tracking him specifically, merely penetrating into the ship to gain control.

Gallant tried to run once more, but his legs were unwilling. Leaning against the bulkhead, like a dead weight, he slid slowly down to the deck.

Unable to go farther, he sat dripping blood and trembling as the potent grip of shock grabbed hold. The harrowing pain of his burnt flesh, swept over him.

Hope and fear alike abandoned him, leaving only an undeniable truth; without immediate medical treatment, he wouldn’t survive.

Closing his eyes, he fought against the pain and the black vertigo of despair. He took a deep breath and called upon the last of his inner resolve and resilience . . .

Exhaling and opening his eyes, he caught sight of a nearly invisible luminescent glow of a Red Cross symbol, offering him a glimmer of hope. He stretched his arm toward the cabinet.

He heard a cry of agony and only belatedly realized it had escaped his own lips as he strained to pull away twisted metal from the door to a medical cabinet. Reaching inside, he grabbed a damaged medi-pack. 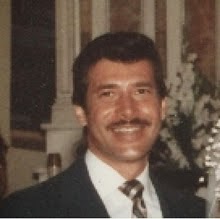 As a scientist and author specializing in technology innovation, H. Peter Alesso has over twenty years research experience at Lawrence Livermore National Laboratory (LLNL). As Engineering Group Leader at LLNL he led a team of computer scientists and engineers in innovative applications across a wide range of supercomputers, workstations and networks. He graduated from the United States Naval Academy with a B.S. and served in the U.S. Navy on nuclear submarines before completing an M.S. and an advanced Engineering Degree at M.I.T. He has published several software titles and numerous scientific journal and conference articles, and he is the author/co-author of seven books.

You can visit his Web site at: http://www.hpeteralesso.com/Default.aspx

Amazon link for Volume 1 of the Henry Gallant Saga: http://www.amazon.com/Midshipman-Henry-Gallant-Space-Volume/dp/1482640325/ref=tmm_pap_title_0

Past Reviews of the first volume: Midshipman Henry Galant @2013

"The author has created a wonderful piece of work with his first novel in the Henry Gallant Saga. Between Henry Gallant beginning his new life on the United Planets' battle cruiser Repulse and trying to save the world the author has came up with it all. Henry Gallant is an admirable character with many wonderful features such as courage, intelligence, humility, kindness and special powers. ... the odds stacked against him pretty high. But maybe through it all, Kelsey will see the remarkable things about him." Ashley Patts, Teenage Rush teenagerush.blogspot.com

"This story moves along at a swift pace, with interesting character development and plot surprises. The characters are complete and engaging. This could develop into a good series." Rae

"Its style and flavor reminded me of The Lost Fleet series by Jack Campbell." - JJH

"Space Opera at its finest. Rousing read, introverted young man against impossible odds, a girl to win or lose, an enemy or is he? Way too much fun...can't wait for the next one." - vrzepka