Other Worlds - Virtual Tour and Giveaway

Other Worlds: A Limited Edition Collection of Science Fiction Romance and Paranormal Romance

Journey into a multiverse beyond the boundaries of your imagination…

21 award-winning and best-selling authors bring you the best of PARANORMAL and SCI-FI ROMANCE in this enticing boxed set of exclusive epic adventures.

Step into OTHER WORLDS as these fresh voices of SFR and PNR take you on a journey to immortal realms and extraterrestrial territories where your imagination takes flight and fantasies come to life. 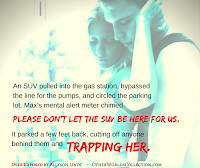 Max and Taylor have spent the last decade running.
From the people who killed their families. From an organization that wants to experiment on them… dead or alive. And from an epidemic that could drive Taylor mad and unleash his psychic abilities. As someone whose mind can’t be read, Max is his link to sanity. The closer they grow, the more they question if friendship is enough.

And even fugitives need to earn a living.
As one of the world’s most notorious hacker teams, Max and Taylor burrow their way in to digital closets to find the darkest secrets of their powerful targets, and expose them for all to see. The biggest drawback—a list of ruthless enemies who want to see them crash and burn. Literally, if possible.
And now, they face their greatest danger—exposure.
Someone knows who they are, and is threatening to expose their secret. If they can’t stop their unknown assailant and hide their tracks, staying alive may be the least of their concerns. Staying sane may be impossible, and falling in love may be the most dangerous thing they do. 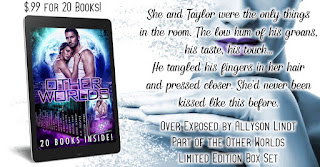 Max exited at the next service station, and cued up for the first available ethanol pump. When a spot emptied, she slid in, becoming part of the ballet of an eternally crowded gas station. Her stomach growled, and heat flushed her face.

Taylor’s grin was tired, but it reached his eyes. “You must be feeling a little better.”

“A bit. When we hit Mesquite, we should find a twenty-four-hour buffet.” She was asking him to grab her something from the convenience store. Pre-packaged food wasn’t the best, but it was better than gnawing on her fingernails, and it would shut up her protesting stomach.

He’d given the all clear, and she hadn’t seen anyone for miles, but years of practice made it hard to switch off the contradictory words.

While she filled the tank, Taylor went in search of food for the second leg of their trip. He was better with people.

The pump ticked off numbers, the dollar count climbing much faster than the gallons. She let her gaze wander over the parking lot, occasionally drifting back to the familiar face inside.

An SUV pulled into the gas station, bypassed the line for the pumps, and circled the parking lot. Max’s mental alert meter chimed. It was probably nothing, but there was no reason to take chances. She stopped the pump, keeping her movements casual, and alternated her attention between the new arrival and Taylor, who was almost to the front of the line.

Please don’t let the SUV be here for us.

Max shoved her hands in her pockets to keep from drumming her fingers on her leg. When that didn’t work, she grabbed a squeegee, and tried to busy myself with washing the windshield. Horns blared, urging make room for the next car. The noise increased in volume and rhythm when the SUV parked a few feet back from her, angled so it wouldn’t block the other pumps, but cutting off anyone behind them and trapping her.

She bit the inside of her cheek, and focused on the sting of pain to keep panic from having its way.

The back door of the vehicle opened, and the doctor from the shelter climbed out. “Good evening, miss. It’s Max, right?”

Shit. Shitshitshitshitshit. Her earlier nausea surged back. She forced a tired smile. Would the irritated people around them, shouting now for them to move, be enough to block out the fact she didn’t emit any thoughts or emotions of her own? “Doctor. What are you doing all the way out here?” At least her voice didn’t shake.

“Something concerned me about your blood tests.” The doctor stood less than a foot away. “Do you have a minute to talk?”
They tracked Max hundreds of miles from the shelter to talk about a false pregnancy positive? She didn’t believe that for a second. “You said we were clean.” Every muscle in her body coiled, prepping for flight. “I’m sorry to be abrupt, doctor, but we’ve been driving all night. We’d like to find a motel sooner rather than later. If you leave me with your card, we can connect after I’ve had some sleep?”

He shot his hand out and grabbed her upper arm, digging his fingers in until her muscles screamed in protest. 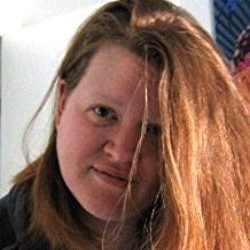 Allyson Lindt is a full-time geek and a fuller-time contemporary romance author. She likes her stories with sweet geekiness and heavy spice, because cubicle dwellers need love too. She loves a sexy happily-ever-after and helping deserving cubicle dwellers find their futures together. Her next book, Over Exposed, is part of the Other Worlds Collection, a special $0.99 boxed set bundle of 20 PNR and SFR novels for a limited time. Preorder now! www.OtherWorldsCollection.com

*waves* Hey, all. I’m Allyson Lindt. I write stories that tend toward the geeky, whether it’s paranormal sci-fi or contemporary romance.

World building is a huge part of the writing I do, especially with my science fiction and fantasy, but even when it comes to the contemporary side of things. And it’s not something I do on my own.

The process works something like this (but sometimes completely different, depending on the mood). I see an idea that makes me go “ooh, neat”. For instance, what if some people were really psychic or hard core empathic, and could read minds and emotions? What if that meant those people were on the top to-hire lists for most corporations, because hey, what’s a little corporate espionage between businesses?

Once I have a basic idea, I tell my sweetie, “Hey, there’s this thing in my head.” Because I’m a big picture person. She takes details to a whole new level though. Creates nooks and crannies and governments and universes and economic structures, all around a few sentences from me. Then hands them back over to me to build a story around.

My current new release, Over Exposed, is a lot like that. The idea struck me one day, and she helped me build it into more. The heroine is a hacker, living in a world of psychics, and she’s one in a million whose mind can’t be read. Which makes her a hot commodity when it comes to insider trading, and as good as dead if those same corporations catch up to her. She’s torn between the light in her world and her best friend, Taylor, and a mysterious figure lurking in the shadows, who could solve all her problems, or destroy her entire world.

It’s part of the Other Worlds box set, which is 20 books for only $.99, and it’s a full length novel, so it would be a steal alone for that price. And you get 19 other amazing books to go with it.

Pre-order now to secure YOUR copy of this limited edition Sci-Fi Romance and Paranormal Romance collection!

The authors will be awarding a $25 Amazon or B/N GC to a randomly drawn winner via rafflecopter during the tour.
a Rafflecopter giveaway
Posted by JC Jones at 1:30 AM

Shared on G+ to help spread the word, good luck with the book tour!﻿

I enjoyed reading the excerpt to get to know your book; best wishes on the tour and thanks for the chance to win :)

SciFi is my favorite so it is extra special to have you here today.

Who is your favorite literary villian? Thanks for the giveaway. I hope that I win. Bernie W BWallace1980(at)hotmail(d0t)com

Happy Friday! Thanks for sharing the great post - I enjoyed reading it :)

Do you have a favorite genre you read?

Thank you for the excerpt, I liked it.

Thanks for the chance in the giveaway :)

Hope you are having a wonderful weekend! Looking forward to checking out this book!