Steal Across the Sky by Nancy Kress 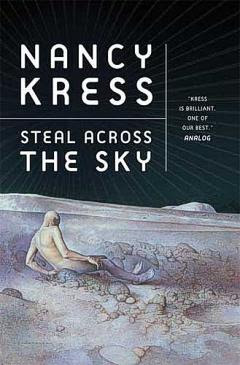 Nancy Kress is a master at starting a story one place and ending it another. In Stealing Across the Sky I thought I knew where the story was going but had it all wrong. In the near future Earth has been visited by the Atoners, aliens who removed humans from Earth 10,000 years ago, placed them on different planets and used them in an experiment they now feel was wrong. The Atoners have chosen 21 Witnesses to visit the planets where the humans were sent to witness what was done. It looks like following the Witnesses on those planets is the story, but after the first third of the book the story moves to what happens when the Witnesses come back to Earth. The premise is good, the mystery well presented and the cast of characters keeps everything moving forward. This is an interesting what if story about humans and what we might be missing.

I have not read a Nancy Kress book since Beggars in Spain. After reading Steal Across the Sky I’ll be looking for more of her books.

TOR published Steal Across the Sky by Nancy Kress in 2009.
Posted by JC Jones at 4:38 AM

Email ThisBlogThis!Share to TwitterShare to FacebookShare to Pinterest
Labels: Nancy Kress, Steal Across the Sky, The Atoners, Tor