Blog Tour, Give Away and Guest Post by Anna Kashina Author of the The Guild of Assassins, The Majat Code Series Book 2

Anna Kashina is the author of Blades of Old Empire, Book #1 in the Majat Code Series.  (Follow the links to see my review)  Her next book The Guild of Assassins, Book #2  is due out on August 5.  I was lucky enough to receive an ARC of  The Guild of Assassin.  I loved the world the books are set in and asked Anna if she would do a guest post on how she made that world come alive.  Read her post and you will see that it is was not a easy or fast task.  Leave a comment and your email to have a chance to win.

One lucky commenter will win a copy of  Blades of the Old Empire plus The Guild of Assassins , physical or ebook, winner's choice. UK, US or CA for physical copies.

Before you start here is some information about Anna: 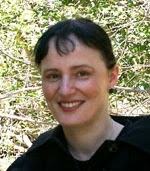 Anna Kashina grew up in Russia and moved to the United States in 1994 after receiving her Ph.D. in cell biology from the Russian Academy of Sciences. She works as a biomedical researcher and combines career in science with her passion for writing.

Anna's interests in ballroom dancing, world mythologies and folklore feed her high-level interest in martial arts of the Majat warriors. She lives in Philadelphia, Pennsylvania.

Building the World for the Majat Code Series
by Anna Kashina

I always find world building both challenging and immensely rewarding. Secondary world fantasy is unique in the way it affords an author the opportunity to “play God”, creating an entire civilization from scratch. Isn’t it an awesome power to have?

“The Majat Code” series was my first attempt at building a world that never existed before, not based on some historical prototype one can easily research. Having said that, I of course used historical parallels. The world itself is loosely based on some aspects of medieval Europe, in the times preceding the fire arms, but without any overt similarities. The Majat warriors, hired guards with no loyalties to any kingdom, find their roots in Swiss guards favored by many European kings, even if the Majat’s training and customs stem from my knowledge of martial arts. Some of the cities I visited found their way on the pages of the book, for example Mont Saint Michel, the prototype for the overall appearance of the Illitand Hall. But these are all details, held together by the grander planning, a lot of which is not even visible to the eye.

After I had an idea of the world I want, I started by drawing detailed maps of the entire kingdom and some of the close-up areas I was considering using in the story. At that point, I put down the names and locations of all the major countries, regions, cities, and towns on these maps, and place all the major landscape elements (oceans, rivers, lakes, forests, mountains, and deserts). This went in parallel with the writing, but I quickly realized that my created world needs much more details if I ever hope to bring in the authenticity, so at this early point in the story I had to put the writing aside and focus on the world building instead.

Early on, I also sketched out the beliefs and major customs. Before then, I never realized how important are the religious beliefs of a society, and how deeply they penetrate everything, including speech, even when dealing with non-religious characters and situations. A small example is in how people tend to use deities and religious concepts in common speech (our equivalents of “what the hell?”, “oh, my God”, etc.). To keep up with that, I had to put religion into the list of immediate things to do. Since my book is action-oriented, I went for a simple one-God one-Devil rule, but I had to give them names people in the book would use, Shal Addim and Ghaz Kadan. These names and their associate concepts instantly blended into the story.

My special fun with the Majat Code books was to mix cultures. For example, putting the elegantly dressed version of ninjas--the Majat--into a medieval European setting, and on occasion pitching them against heavily clad medieval knights. Infusing some elements of Russian culture and folklore into the concept of the Forest Woman. Or, as I am planning to do in book 3 of the series, a society based on the Middle Eastern sultanate, but with matriarchy: women in power and men in secondary roles. These details not only serve as the foundation of my world building, but are also so much fun to develop.

Every time a new concept came about, I put it down into my list I could refer to later for consistency. Every time I needed to use a name, I look on the maps for ones already pre-made or added a new one if it did not exist yet. My maps also had real distances, so that I could time the travels for different groups of characters, especially when they all needed to arrive at the same place on a tight schedule, as it happened in one key story line in “Blades of the Old Empire”.

In the end, this worldbuilding ended up taking more time than actual writing. And, more than once I had to rewrite whole sections after a new world building idea shook the foundation of something I already wrote. Some of my beta readers would probably remember at least four completely different versions of the first chapter, which suffered a complete remake as the world evolved.

The results of successful world building can be compared to those of extensive research done for a historical novel. I ended up knowing so much about the history, geography, religion, and customs of my world that I could probably write books about it now. Only a fraction of it can ever find its way onto the pages of the book. Finding the right fraction to put down is a challenge of its own--I think I tend to err on the lighter side, while some authors (like Robert Jordan, especially in the first installment of the Wheel of Time) tend to get into great details. In the end, however, no matter how much an author chooses to show, you can bet that it is only a fraction of what they know. Only a small part of a well-built world is visible to the eye. The rest is hidden from view, even if no less essential for keeping the foundation of the story.

Before I wrote epic fantasy, I used to dislike the idea of sequels. Yet, it is true that readers tend to invest themselves into book series and like to read sequels to the novels they enjoy. As I now know, this may be even more true for authors. Once you create a world, you want to spend more and more time in it, so books in a series keep coming naturally, one after another. When I wrote “Blades of the Old Empire” I was certain it would be a single stand-alone story, yet I found myself writing a sequel even before I knew it. And now, I tend to look forward to spending more and more time in my created world.
Posted by JC Jones at 12:30 AM