M. Pax the author of Precipice is my guest today.  Check out the blurb of Precipice, the excerpt and her guest post on world building.

In the far future, humanity settles the stars, bioengineering its descendants to survive in a harsh universe. This is the sixth book in the science fiction series, The Backworlds. A space opera adventure.

The Backworlds hang by a Quantum string, a thread about to snap. Annihilation is coming if Craze can’t stop it.

The genocidal alien he had trapped breaks free, destroying a ship belonging to the Backworlds’ oldest enemy, the Fo’wo’s. The murderous alien wants to overtake the galaxy. The Fo’wo’s want another war.

The Backworlds’ best chance to survive is to overcome a century of hate and forge an alliance with the Fo’wo’s. Because of his history with the alien, Craze is recruited to represent his people. Now he’s the most hated man in the galaxy.

The looming war will be a holocaust unless he can stop it, knowing salvation comes at a price.

Boing Boing gives The Backworlds 5 stars! "This is a fun, fast paced novel that reminded me a bit of early Heinlein".

Until he knew for certain whether he dealt with one genocidal alien or two, Lepsi couldn’t think right. His thoughts refused to stand still, stuttering and churning.

The hatch slid fully open. He sprang off the cargo ejector, sailing two kilometers into the ether. He tumbled in the black for precisely twenty-three seconds then engaged his thrusters to journey the remaining twenty kilometers over to a spacecraft-sized mass of debris. The bits clumped together forming a weird metallic planetoid.

He traced along the char marks and the mangled pieces of hull. The answers he needed wouldn’t be found in this trash, yet he was closer to them here than anywhere else, unless he joined up with the horrid alien again. His limbs shuddered and his lungs struggled for breath. He never wanted to see the cloud-like ship again. He couldn’t. He’d crack into a billion unrecoverable pieces. Just like the rubble of the Fo’wo ship around him.

How Humans Can Survive in Space

Any world created in fantasy and science fiction has to be rooted in believability. In that regard, a story set in space is no different than contemporary or historically-based fiction. Get a detail wrong and the reader may not forgive being yanked out of their cherished time in the story world.

One aspect requiring attention in a story set in space is how humans survive off Earth. We are uniquely adapted to this world, so the issue of why people aren’t dying in space has to be addressed.

In Star Trek, the characters travel to M Class planets. In Battlestar Galactica the people only leave the ships in smaller vessels. In Total Recall (the original), people lived in buildings created to protect them from the elements of Mars. People can live in domed cities or on terraformed worlds.

In the Backworlds, I terraformed people to adapt to different environments. It makes the most economical sense. Bioengineering humans requires less resources than terraforming a planet.

Creating new worlds and societies is a blast and there’s a great temptation to reveal everything invented to the reader as soon as possible. This is where the writer must employ a lot of discretion and control. The world should be revealed in context and as the story unfolds. Only what’s necessary should be told. Yet the writer has to know it all to weave a cohesive tale that doesn’t fall apart because the details don’t line up.

Another issue in a story set in space is travel. How will people move from planet to planet? Physics and science play a hand in solving the problem. Ignoring it is fun, as people can flit among galaxies at whim. It’s not realistic, however, unless you invent believable technology to do the deed.

Star Trek has warp drive (actually NASA gets closer to making this a reality). Star Wars has hyperdrive. Babylon 5 had jump points at space stations. There are wormholes, alien technologies, and a whole host of other travel methods invented by fiction that has gone before.

In the Backworlds, I employ the Lepper System which accelerates ships between star systems. It’s similar to the jump point system used in Babylon 5.

How your people survive on a different world and how they travel puts restrictions on the story. 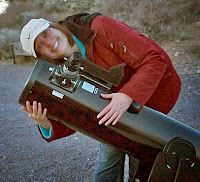 M. Pax is author of the space adventure series The Backworlds and the contemporary science fiction series The Rifters, plus other novels and short stories. Fantasy, science fiction, and the weird beckons  to her, and she blames Oregon, a source of endless inspiration. She docents at Pine Mountain Observatory in the summers as a star guide, has a cat with a crush on Mr. Spock, and is slightly obsessed with Jane Austen. Learn more at:

Be sure to visit the other blog on the tour for extra chances to win: