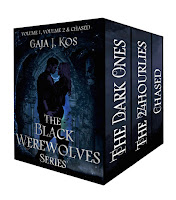 Enter the world where myth becomes reality, where long forgotten gods walk the earth, and where love forms bonds that cannot be broken even in the raging winds of battle.

Box set contains: The Dark Ones, The 24hourlies, Chased (novella)

Rose felt his muscles flex in graceful movement as he sprinted towards the courtyard that lay just beyond the alley. As soon as they left the narrowness of the walls, he leaped into the air and extended his wings, each bat taking them higher, until she could see the length of her street coming into full view below them. The simargl used the wind currents, leisurely taking her in a semi-circle around her neighborhood, before rising higher, his fur and his feathers shimmering in the unimpeded rays of sunlight.

The wind brushed against her skin as they gained speed; it would have been painful for a human, their less protected skin exposed to the elements like this, however, she welcomed the coolness it brought, knowing she still had the luxury of doing a half-shift at any time, should the strokes of fresh air become too aggressive for the tough, but nonetheless more sensitive human form.

The green landscape of Slovenia lay outstretched below them as the simargl kept a steady course, leaving the concrete circle of Ljubljana in the distance and taking them further southeast. 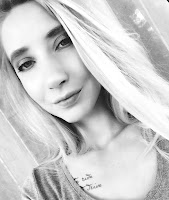 Gaja resides in Celje, Slovenia, with her husband and two Chinese Crested dogs.

Will your book be either $0.99  during the tour

Gaja J. Kos will be awarding $30 Amazon or Barnes and Noble GC to a randomly drawn winner via rafflecopter during the tour.