Jamie Hawkins was living on an obscure planet in the twenty third-century when on one fateful night--his life changed forever. His heroic effort to save the lives of innocent women and children, caught in the cross-fire of war, placed him squarely in the cross-hairs of avenging soldiers.

Hawkins was stunned when his rescue effort was seen as treachery. Unfairly convicted of treason by a corrupt judge, he was sentenced to life imprisonment at hard labor on an infamous penal colony.

Once in prison, his courage and perseverance won him the admiration and trust of his fellow convicts. While he was plotting his escape, an enemy attacked the planet--giving this daring warrior his chance. Together with his fellow prisoners, he launched a bold assault and high-jacked an enemy warship.

From then on, Captain Jamie Hawkins and his ship the Indefatigable fought against a corrupt government--only to discover a mysterious alien presence behind the war.

Captain Hawkins is a fast paced story.  The action goes nonstop and keeps the characters in a constant state of change.  This is space opera with enough actioned and adventure to keep anyone reading.  I never know what Hawkins was going to face next but I did know it would lead to another heart stopping situation.  A good pick for anyone who loves Science Fiction and Space Opera.
~~~~~~~~~~~~~ 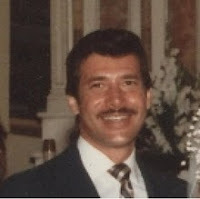 
The author will be awarding a $25 Amazon or B/N GC to a randomly drawn winner via rafflecopter during the tour.

Visit all the blogs on the tours for additional chances to win:


January 18: Magic and MachinesJanuary 25: Journey of a BooksellerJanuary 25: Romance and Authors That RockJanuary 25: Mixed Book BagFebruary 1: The Reading AddictFebruary 8: The Avid ReaderFebruary 8: Fabulous and Brunette
Posted by JC Jones at 2:00 AM

Good to have you visit my blog today.

Thank you for the review and Hosting.

This book sounds fantastic! Thanks for hosting.

I have really enjoyed following this tour and reading/reviewing this book!