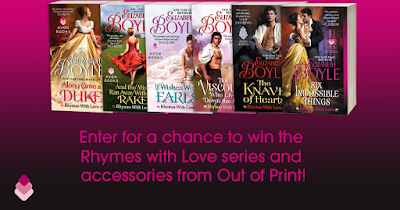 Lord Rimswell is a man of honor and absolutes. If he says something is impossible, it is. Yet his life of right and wrong is turned upside down when he finds himself in a compromising situation with the most unyielding, yet maddeningly beautiful, woman in London. If only he had not given in to the irresistible temptation to kiss her. Now he must marry her.

Miss Roselie Stratton is the very definition of impossible-headstrong, outspoken and carrying a reticule of secrets that could ruin more than her reputation. Kissing Brody is hardly the most ruinous thing Roselie has ever done as a secret agent for the Home Office…nor will she let a marriage of convenience stop her from continuing her work. Little does Roselie realize that she has underestimated Brody's resolve to keep her safe-for he has hopelessly fallen in love with her and is determined to do the impossible by stealing her heart in return.

“Smile, my dear Miss Stratton,” Lady Essex Marshom advised. And not for the first time.

So Roselie did her best to smile.

It was a Herculean effort, to say the least.

She glanced around the crowded room at Almack’s and wished she could be more like the other girls. That her only concern was who might ask her to dance. Or if she should have worn her green ribbons or her blue ones. Or whether she needed new slippers.

After all, she’d been out in London Society for four long years—a veritable eternity in the ton. Nor in her favor was her complete lack of interest in frippery or likely candidates.

Actually, she was rather proud of her ability to send suitors shying for the hills. And she would continue to be too sharp, too bossy and whatever else it took to maintain her freedom.

Because quite simply, marriage would ruin everything.

Especially when she had work to do.

She checked once again—and yes, the note she’d been slipped by one of the servants was still tucked in the top of her glove. She wouldn’t have a spare moment to read it until she got away from this crush, most likely until she got home . . . and bother . . . that was still a few hours away.

The note that might be the answer to all her prayers. Years of work. The last bit of evidence she needed to bring down her enemy, the Marquess of Ilford.

For he was her enemy, as much as he was England’s. And nothing would deter her from seeing him pay for his heinous crimes.

Her frustration got away from her, and she sighed. More like, groaned. Quite loudly and rather unbe-comingly.

“Miss Stratton!” Lady Essex chided. “The company tonight may be thin, but a lady never reveals her bore-dom. Why look at Miss Taber! How fortunate Lady Muscoates is to have a ward who illuminates every room she enters.” Her ladyship tapped her fan against her chin as she examined the fetching girl across the room. “Though I must say, a ward should never be that pretty. Rather, indecent, don’t you agree, Mariah?” 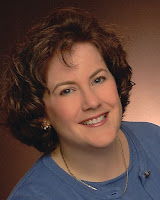 ELIZABETH BOYLE has always loved romance and now lives it each and every day by writing adventurous and passionate stories that readers from all around the world have described as “page-turners.” Since her first book was published, she’s seen her romances become New York Times and USA Today bestsellers and win the RWA RITA Award and the Romantic Times Reviewer’s Choice awards. She resides in Seattle with her family, her garden and always growing collection of yarn. Readers can visit her on the Web at www.elizabethboyle.com.

Elizabeth will be awarding a digital copy of Six Impossible Things to a randomly drawn winner via rafflecopter during the tour.

Loved the book and have posted a review