The Power of Prayer by Lorana Hoopes - Book Blast and Giveaway

The Power of Prayer
by Lorana Hoopes

Life doesn't always go as planned; sometimes it goes better. Callie Green thought her life was planned out until her fiance leaves her at the altar, upending her perfect plans. She is spiraling out of control when she meets JD, a man who offers a love she has never known, but she is too blinded to see it. When she realizes JD is what she has been missing, she has no way to find him. All she can do is pray and hope that God sends him back to her.

What does he mean he can’t marry me? This had to be some kind of joke. My shoulders slumped forward and my knuckles holding the phone turned white. “That’s it? That’s all? What does this mean? What am I supposed to tell everyone out there?” There were nearly two hundred people waiting in the sanctuary.

Shaina lowered her head, unable to meet my eyes and bit her lip again.

My eyes narrowed to slits as I crossed the room and grabbed Shaina’s arm, eliciting a yelp of either surprise or pain. I didn’t know which, and at that moment, I didn’t care. “What aren’t you telling me?” Her eyes narrowed to slits. “There’s someone else, isn’t there? Who is it? If you know Shaina, you have to tell me.”

When Shaina lifted her head, tears glistened in her eyes. “I’m so sorry, Callie.”

I dropped my arm and stared at Shaina. My mouth hung open like a barn door as I tried to understand what she was saying. She’s sorry? What does she have to be sorry for? It’s not like her fiancé left her. It’s not like—Anger flared up in me as the realization set in. The world flashed red, and my nostrils flared. A vice grip squeezed my heart as the loathing flooded my body. I’ll kill her. I’ll strangle her with my bare hands. My hands curled into fists and my lip quivered even as my words came out more like a snarl than a statement. “You? How could you?” 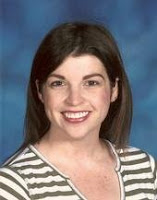 Lorana Hoopes is currently an English teacher in the Pacific Northwest where she lives with her husband and three children. When not writing, she can be seen kickboxing in her local gym, singing at her church, or performing on stage. The Heartbeats series is her first full length novel series. She has also just released the first book in her early reader chapter book, The Wishing Stone.

The Power of Prayer is available at Amazon: http://bit.ly/PowerofPrayer1
Barnes and Nobles: http://www.barnesandnoble.com/w/the-power-of-prayer-lorana-hoopes/1125014735
Goodreads: https://www.goodreads.com/book/show/32822493-the-power-of-prayer?from_search=true

Lorana will be awarding a $15 Amazon or B/N GC to a randomly drawn winner via rafflecopter during the tour.

Thanks for hosting! Readers, the book is on sale for only $0.99!

Thank you for hosting. Readers, I'd love to know what kind of characters you like to read about.

I love the hero being a good guy. Thanks for being here today.

Absolutely. We need good strong men in our lives and JD is one of the best.