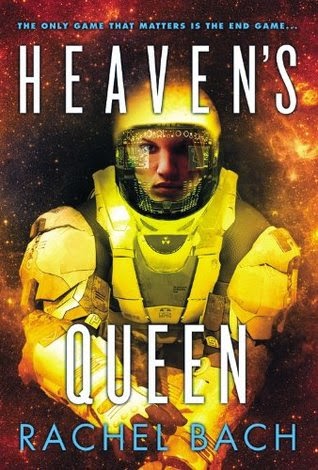 From the moment she took a job on Captain Caldswell's doomed ship, Devi Morris' life has been one disaster after another: government conspiracies, two alien races out for her blood, an incurable virus that's eating her alive.

Now, with the captain missing and everyone -- even her own government -- determined to hunt her down, things are going from bad to impossible. The sensible plan would be to hide and wait for things to blow over, but Devi's never been one to shy from a fight, and she's getting mighty sick of running.

It's time to put this crisis on her terms and do what she knows is right. But with all human life hanging on her actions, the price of taking a stand might be more than she can pay.

Heaven’s Queen, book three in the Paradox series starts just like book two.  It just starts where book two stopped.  There is no transition.  The Paradox series is really just one very large book chopped into three parts.  I keep saying this in all of the review but this is really one where you want to start with book one and read in order.

There a non-stop action.  Just as Devi and Rupert think they are home free another obstacle arrives and puts them in danger.  If you like a lot of action, a unusual universe (look at Devi’s love of her King), and the addition of hard won romance the Paradox series is one you should like.  Start at the beginning for a fun read.

I received an ARC of Heaven’s Queen from Netgalley.
Posted by JC Jones at 12:00 AM