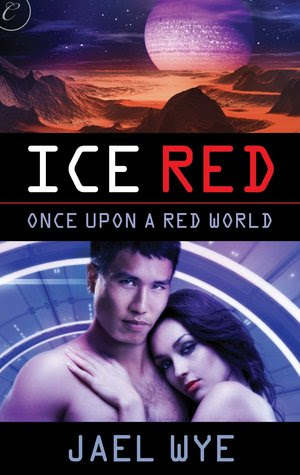 "Mirror, mirror, full of stars,
Who will claim the throne of Mars?
The princess: Engineer Bianca Ross, heir to a megacorporation and the Mars elevator, needs to acquire a mine on the surface to secure her place in the company. All that stands in her way is the mine's charming owner, Cesare Chan.
The evil stepmother: Victoria Ross is plotting to gain control of Mars. She plans to assassinate Bianca and seduce Cesare to further her goals, and Bianca's trip is the perfect opportunity.
The charming prince: Cesare shouldn't get involved. Bianca's visit could reveal the escaped slaves he's hiding at his mine, but he can't ignore a damsel in distress—especially one as beautiful as Bianca.
Alone, neither would stand a chance against Victoria. But together, they could rewrite a tale that's meant to end with Bianca's blood."

This is a fun Science Fiction Romance set on Mars.

Worldbuilding:  The story did not need much.  Most of the action is set on Mars and we all know what the surface is like.  There is mention of how humans are surviving as they change the surface of the planet. A little is told about the Space Elevator and what is happening in the rest of the Solar System.

Characters:  There are two main characters, Bianca Ross and Cesare.  They are fleshed out and we know a lot about each as the story builds.  Not much was required to build the character of Victoria Ross, the evil step-mother.  All you had to know about her was told when she looked into her mirror.  There are other side characters whose development depended on their place in the story.

Plot:  Victoria plans to start her take over of the Solar System with Mars and she needs to get rid of Biana.  Lots of danger and tension fill the story with a romance thrown in for spice.   The development of the romance was mixed into the story in a very believable way and lead to a  HEA for Bianca and Cesare.  This is book one so look for hooks for future books and a few things left unsolved.

Writing:  The story was well-written, moved smoothly and built to a great climax.

This is a nice Science Fiction Romance.  I loved the fact that the romance built up as the story progressed.  It felt very real.  Ice Red is a great choice for SFR fans.  As an additional  plus we can look forward to other books in the Once Upon a Red Planet series.

I received an ARC of Ice Red from Netgalley.
Posted by JC Jones at 1:00 AM