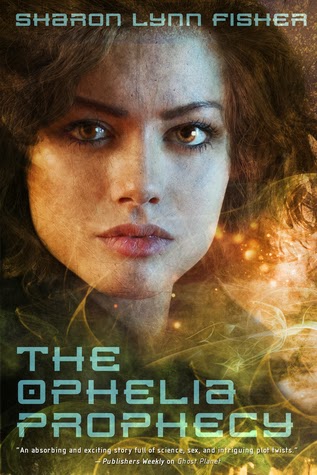 New sci-fi romance from the RITA Award nominated author of GHOST PLANET!
* * *
Our world is no longer our own. We engineered a race of superior fighters -- the Manti, mutant humans with insect-like abilities. Twenty-five years ago they all but destroyed us. In Sanctuary, some of us survive. Eking out our existence. Clinging to the past.

Some of us intend to do more than survive.
* * *
Asha and Pax -- strangers and enemies -- find themselves stranded together on the border of the last human city, neither with a memory of how they got there.

Asha is an archivist working to preserve humanity’s most valuable resource -- information -- viewed as the only means of resurrecting their society.

Pax is Manti, his Scarab ship a menacing presence in the skies over Sanctuary, keeping the last dregs of humanity in check.

Neither of them is really what they seem, and what humanity believes about the Manti is a lie.

With their hearts and fates on a collision course, they must unlock each other's secrets and forge a bond of trust before a rekindled conflict pushes their two races into repeating the mistakes of the past.

The world building is not that complex.  This is an Earth where humans started messing with DNA and blending humans with other creatures.  All of this was done to produce superior soldiers but it got out of hand.  When the two went to war most of the pure DNA humans were killed and the Manti took over.  The few humans that survived are in isolated settlements.

The characters drive the plot in The Ophelia Prophecy and Fisher has put together a great group.  Asha, a human female and Pax, a Manti male, are the two main characters.  Both have to learn to trust and to change as the story progresses.  The secondary characters also play an important part in the story.  Pax’s sister, Iris, has an interesting role in the story.  Another human, Ash’s Father, and another Manti, Micha, help set the stage for some of the most important action.

The Manti are humans with some DNA changes.  There are secrets to their relationship with humans that are very important to the plot.  The human leaders have some secrets of their own that also play a big part in how the characters behave.  The world building, the characters, the secrets all blend together in a story that is hard to put down.

This is a romance featuring Asha and Pax but it is much more than that.  Some things are resolved but not everything.  There are hooks throughout the book for future stories set in the Human/Manti universe.  I will just have to wait to see if they are followed.

Tor published The Ophelia Prophecy by Sharon Lynn Fisher in 2014.

I received an ARC of The Ophelia Prophecy from Netgalley.