Knight Secrets: Knights of the Swan #1
by C.C. Wiley

Sadly ever after . . . unless some dreams really do come true?

Elinor Burkenstock never believed in fairy tales. Sure, she’s always been a fool for love—what woman isn’t? But Elinor knows the difference between fiction and truth. Daydreams and reality. True love and false promises. . . . Until the unthinkable happens, and Elinor’s engagement is suddenly terminated and no one, least of all her fiancé, will tell her why.

Sir Michael Rollins’s war-hero days seem far behind him when, after one last hurrah before his wedding, he gets shot and his injuries leave him in dire shape. He wants nothing more than to marry Elinor, the woman of his wildest dreams. But Elinor’s father forbids it . . . and soon Michael is faced with a desperate choice: Spare Elinor a life with a broken man or risk everything to win her heart—until death do they part?

Sworn to protect the crown, a Knight of the Swan must never surrender—not even to love . . .

England, 1415. Ordered never to leave the lonely tower on her family estate, Lady Clarice Margrave is suddenly set free when her home is plundered. Now she is determined to discover the truth behind her father’s alleged treason. But an act of daring only propels her into a new prison, with the very knight who destroyed her home as her keeper. Sir Ranulf, Lord of Sedgewic, is ruthless in his inquisition, though there is a searing tenderness in his touch. Is it possible her bold jailor is the Red Wolf of whom her father spoke—and the one man she might be able to trust?

As a knight, Ranulf never questions his troth, but his beautiful prisoner stirs his heart and mind like no other. Clarice is achingly vulnerable—and extremely closed-mouth about her possible ties to the plot against the king. Duty demands he keep his distance, though he yearns to take her to his bed and adore her until he discovers what lies within her heart. And he would—if he weren’t in danger of losing his own . . .

Her heart beat wildly. “But is that not why you pursued me?”

He kissed the tip of her nose. “I will not deny I came to London this season because I needed to marry to restore the money that my father squandered.” He kissed her cheek. “I had every intention of finding a rich bride to enable that plan.” He kissed her other cheek. “Then I met you, and you were the perfect solution to my problems.”

She tried to pull away,  but he held her close and kissed her lips. It was only a peck, but the thrill of it traveled to her toes and hit everywhere in between.

His body filled all her curves as he hugged her and spread kisses along her cheek and neck. “I knew you were the one, Elinor. So beautiful, charming, and sweet, I could not resist you. I want to be worthy of your love, and in the weeks we courted, I found a way to get enough money to repair my country home and still have enough to make a good start of the marriage. I made the deal on some grain. It will take a bit of time for my plans to pan out, but in a couple of months, I should be able to show your father that I am worthy of you.”

His skin itched, recalling the feel of her curvaceous hips as he dropped her into the bed. Memories of hidden shapes, hips, and but- tocks flashed before him. Ranulf squinted at the maiden. Correction: make that woman, you fool.

His blood sizzled with the memories of accidentally brushing against curves that should not be on one fresh from the nursery.

Thanks to the pressure in his breeches, he rose on unsteady legs. “I—ah—believe you will have to tend to the binding after all.” He moved from the bed and brushed against a tattered piece of embroi- dery. Picking it up, he smoothed out the stiffened fabric, bloodied from the wound it had staunched earlier. The bits of thread formed a design he had seen before. What were they?

Frowning, he tucked the discarded bit of satin under his belt and turned for the door. “I’ll have Erwina return with a bite of food for you.”

Ranulf stopped, his hand resting on the latch. Unwilling to let go of the door, he looked over his shoulder.

In her effort to sit up, the fur had slipped to reveal the gentle slope of creamy skin. ’Twas all he could do to keep from returning to her side and press a kiss to the nape of her neck. His resolve firmly in place, he looked closely at his captive. He could not ignore the truth. No longer was the patient a mere innocent. This woman, lying so invitingly in his bed, played a game of deception. And uncovering deception was what he did best. 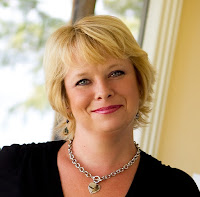 A.S. Fenichel adores writing stories filled with love, passion, desire, magic and maybe a little mayhem tossed in for good measure. Books have always been her perfect escape and she still relishes diving into one and staying up all night to finish a good story. Originally from New York, she grew up in New Jersey. She now lives in the southwest with her real life hero, her wonderful husband. When she is not reading or writing she enjoys cooking, travel, history and puttering in her garden. 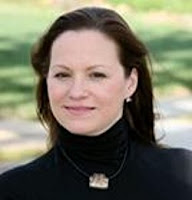 C.C. Wiley is a longstanding member of the Romance Writers of America, and a published author with Samhain Publishing. She lives in Salt Lake City with her high school sweetheart of over 35 years and their four wacky dogs. When given a choice, she prefers a yummy, well-written, historical or contemporary romance that is chock-full of hope, love and a Happy Ever After. She believes there are wonderful courageous characters waiting for someone to tell their story. It's her hope that each adventurous romance she writes will touch the reader and carry them away to another place and time, where hopes and dreams abound.


April 24: Rogue's Angels
April 25: Mixed Book Bag
April 26: The Avid Reader
April 27: T's Stuff
April 28: Up 'Til Dawn Book Blog
May 1: The Pen and Muse Book Reviews
May 2: Buried Under Romance
May 3: Readeropolis
May 4: Dawn's Reading Nook
May 5: Welcome to My World of Dreams
May 8: EskieMama and Dragon Lady Reads
May 9: Booklove
May 10: A Writer's Life
May 11: BooksChatter
May 12: Sharing Links and Wisdom
May 15: Laurie's Thoughts and Reviews
May 16: Nickie's Views and Interviews
May 17: Long and Short Reviews
May 18: Books, Dreams,Life
May 19: Full Moon Bites

Good morning! Thank you for hosting!

Thank you very much for hosting me today. It's going to be a wonderful day and two great reads for one lucky winner.


Good to have both of you here today

Good night and thank you for your hospitality.