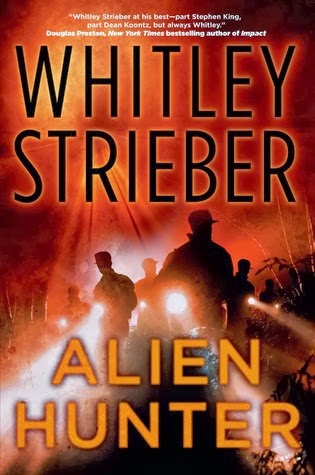 A young wife disappears in the night, never to be seen again. There is no evidence of kidnapping—in fact, everything indicates that she left on purpose. Her husband, a brilliant police detective, cannot believe this—but he also can't find her.

Flynn Carroll’s lost love becomes his obsession. He begins amassing a file of similar cases nationwide. His conclusion is unavoidable: somebody is taking people and making it look like they walked out on their own. As Flynn’s case files grow, his work comes to the attention of Special Agent Diana Glass, a member of the most secret police unit on the planet. This police force seeks the most brilliant and lethal criminals who have ever walked free—thieves and murderers from another world.

Without fully understanding what Glass and her team are doing, Flynn steps into a hidden world of extraordinary challenge and lethal danger. The job is the most difficult police assignment ever known to man, but the idea is the same—find the bad guys. Stop them."

Alien Hunter is the first in a new series and a very intense book.  Look for non-stop action, a lot of violence and some very interesting bad guys.

The book starts with Flynn Carroll waking up and finding his wife missing.  It turns out that there are many missing persons who fit the same profile.  They are not unhappy, they pack the same thing, they disappear almost in plain site and they are never seen again.

Flynn is policeman who had looked for clues for years when he is approached to join a unit is trying to catch the people who are doing the kidnapping.  Flynn is the main character and he is very obsessive.  Diana is the head of the unit Flynn joins and she is really over her head.  In addition she is keeping secrets.

When everything starts to go bad Flynn must use all his skills and some people who own him favors to stop the kidnapping.

Look of non-stop action, a lot of violence and the set up for a new series.  Action is at the heart of this book and while there is some character development it is just enough to keep the story going.  The plot is laid out at the beginning and does not deviate even though there are a few surprises.  I don’t think it is a spoiler to say there are aliens here and some of them are very, very bad people.  The aliens should be a surprise but because of the title they are not.

I checked Alien Hunter out from the library.
Posted by JC Jones at 12:00 AM