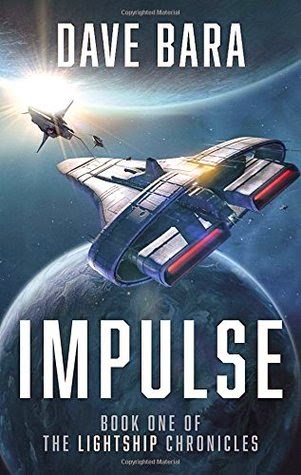 Lieutenant Peter Cochrane of the Quantar Royal Navy believes he has his future clearly mapped out. It begins with his new assignment as an officer on Her Majesty’s Spaceship Starbound, a Lightship bound for deep space voyages of exploration.

But everything changes when Peter is summoned to the office of his father, Grand Admiral Nathan Cochrane, and given devastating news: the death of a loved one. In a distant solar system, a mysterious and unprovoked attack upon Lightship Impulse resulted in the deaths of Peter’s former girlfriend and many of her shipmates.

Now Peter's plans are torn asunder as he is transferred to a Unified Space Navy ship under foreign command, en route to an unexpected destination, and surrounded almost entirely by strangers. To top it off, his superiors have given him secret orders that might force him to become a mutineer.

The crisis at hand becomes a gateway to something much more when the ship’s Historian leads Peter and his shipmates into a galaxy of the unknown -- of ancient technologies, age-old rivalries, new cultures, and unexpected romance. It’s an overwhelming responsibility for Peter, and one false step could plunge humanity into an apocalyptic interstellar war.

If you are a fan of military science fiction you might give this one a try.  It was easy reading.  There was a lot of world building and back story scattered throughout the book. For me the weakness in the book were the characters and their action.  The action drove the characters instead of the characters driving the action.  As a result some things just did not ring true.  As a result it is not one of my favorites.  It just rates an OK.

It will be interesting to see where Bara goes with the series.  I really want to know more about the Earth Historians.   They play a big part in the story but their back story is sketchy at best.

There were some interesting new concepts in Impulse.  It is an action filled book that uses some of the old and some of the new to tell an story filled with adventure.

I received an ARC of Impulse from Netgalley in return for an honest review.
Posted by JC Jones at 12:00 AM